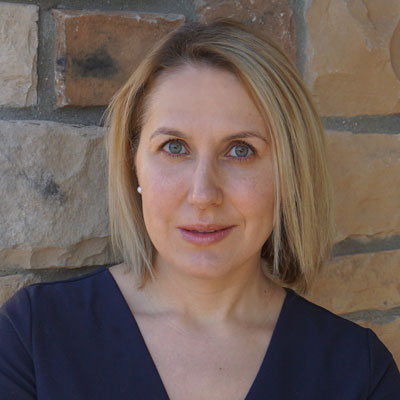 Number of years in current position: 1

Biography and Background:
Lisa Del Real, the Senior Director of Channel Programs and Operations for RingCentral, is responsible for managing channel operations and driving partner enablement for 6k+ partners. Upon her hire in 2011, she was essential in driving the success of RingCentral's Partner Program by implementing certifications, launching the partner portal with partner tools and resources, as well as driving sales. In 2015, Del Real was notably named "Woman of the Channel" and ranked on the "Up and Coming" list by CRN, both prestigious accolades in the channel. She subsequently was named Woman of the Channel in 2016 as well as secured the first Five Star Channel Program award in RingCentral's history. Previous to RingCentral, Del Real was the COO of a private mortgage company specializing in multi-state lending licensing wherein she obtained a pending patent for a lean, strategic lending technology. Combining both business and technology early in Del Real's career, she was a research assistant at Accenture Technology Labs and worked to determine and predict the future intersections of business and technology. Del Real holds a bachelor of science degree in Electrical Engineering from Stanford University.

How have you personally helped advance your company's channel business over the past year?
Securing the CRN 5 STAR Partner Program award (for the second consecutive year) drives the recognition and validation, internally and externally, of RingCentral's top-tier partner program. Partners have so many choices of products to sell; these awards bring the recognition that partners value and aid in them in "thinking RingCentral first." I take pride in making it easy to transact, meaning, the easier it is for partners to conduct business with us, the more business they will bring. To that end, in 2016, under my leadership, my team launched a state-of-the-art partner portal, which also necessitated me securing funding to purchase it. We also signed and launched over 26 large strategic partners (master agents, distributors, national partners); five were in one month. The operational and programmatic efforts to scale to support the immense additions was a rewarding feat - that drove recording-breaking revenue. To enable our partners, I spearheaded and launched hugely successful, in-person partner trainings that we call "RingCentral Academy"; these half-day events provide success stories, product roadmap insights, and quality time with channel managers. Lastly, I led and launched the first RingCentral President's Club for partners to recognize their achievements.

What are your goals for your company's channel business over the next year?
There are three pillars that will drive success for the channel in the forthcoming year. As RingCentral expands to Europe, my charge is to drive adoption through channel partners. This includes the operational structure and process of deal registration, payments, etc. and the programmatic aspects of training, enablement, and increasing awareness through marketing, events, and communications. Thirdly, to continue to increase the revenue generated by the channel, my leadership and direct teams will continue to add master agents, national partners, and strategic partners and enable them programmatically and operationally to drive sales for the company.

What honors, awards or commendations have you won over the past year?
No personal awards. Well, Best Mom EVER :-) from Emi, my amazing daughter. RingCentral Sales Hero: nominated by cross-functional and sales teams as a key leader who supports and enables the sales team to achieve goals. Honored with President's Club recognition. RingCentral Channel Employee of the Year: selected as the sole recipient by the vice president of global channel sales for superior execution and commitment in support of the team's vision/culture.

Outside of your family, please name a woman you admire and why:
I admire Ursula Burns, chairwoman of Xerox, who served as CEO from 2009 to 2016. We come from similar experiences that I identify with, such as: being a first-generation American, attending an all-girls school, and possessing engineering degrees. She embraced challenges - welcomed them, in fact - and because of that mindset, she grew the Xerox business. She was savvy to adopt a female mentor (Anne Mulcahy, Xerox CEO) and collected new experiences and skills as she openly took on different roles to learn various aspects of business.

What advice would you give to young women who want to begin careers in technology?
Be tenacious: It will be challenging, and there will be barriers, but don't give up. Speak up: You have important things to say, and it's acceptable to show emotion. Use your strengths to build relationships with trust, transparency, and authenticity. Build a support network composed of peers and mentors: Their insights, learned lessons, and even networks are invaluable. Listen, learn, and let yourself be coached to excellence.

If you could be any movie character for one day in real life, who would you be and why?
I'd totally be Elle Woods from Legally Blonde. She has it all - money, good looks - and she's driven, goal-oriented, and smart. It's a great humorous depiction of feminine power, the impact of being your authentic self, encouraging others to be their best selves, and bringing the power of positivity. Snaps to all of those amazing qualities!

If you could travel to a city you've never been to before, all expenses paid, where would you go and why?
I'd go to Barcelona, Spain; it is such a picturesque city. I would eat and drink my way through this city. I'd pair their world-class cuisines with a nice Rioja. I want to see the beauty of Gaudi's unique artistic perspective of La Sagrada Familia. Its whimsical design and never-ending construction is an absolute must-see for me. I'd also spend countless hours appreciating the art of Picasso and Miro. And it's a seaside city! I'd visit the beaches and enjoy the warm weather. Sea, sun, food, art, architecture, and wine - heaven!