Director of U.S. Channel Sales for SLED/Healthcare and Federal, Commvault 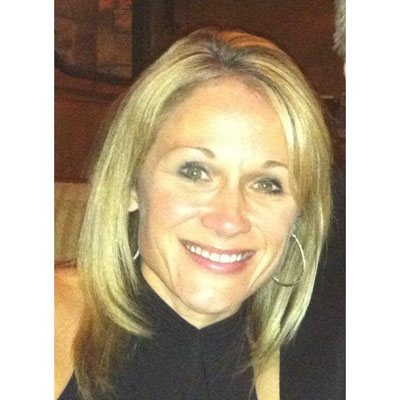 Number of years in current position: 4

Biography and Background:
Regina is a results-oriented sales professional with a track record of consistently meeting and exceeding sales quotas. She started her career in distribution, then worked for a reseller and eventually found her niche while working for a manufacturer. Her work passion stems from leading and building a successful sales team through mentoring, coaching and collaborating. She is very close with her team and finds a great source of satisfaction in furthering their development and success. In her personal life, Regina enjoys spending time with her family, the Colorado outdoors, Jimmy Choo shoes and discovering new cultures through international travels. In addition, she is a cook, a wine-lover, a fundraiser and an avid New York Giants fan. She graduated from Saint Leo's University with a Bachelor of Arts in Business.

How have you personally helped advance your company's channel business over the past year?
As the Channel Director for U.S. for SLED/Healthcare and Federal at Commvault, I have led a highly skilled sales team. Over the past year, our team has focused on cultivating key relationships with our alliance and reseller partners by conveying Commvault's value added proposition in both the public and healthcare sectors. Our efforts have resulted in streamlined renewals and influencer's fees, which enhances our long term relationship with our partners.

What are your goals for your company's channel business over the next year?
Commvault's channel business goal is to continually grow our partners in all three verticals; SLED, Federal, and Healthcare. Our mission is to identify, enable and build a strong channel and alliance ecosystem that significantly contributes to the growth of Commvault

What honors, awards or commendations have you won over the past year?
Over the past 8 years at Commvault, I have received numerous awards including the President's Club, 212 Degree Award and Swagger Award. In addition, I have been nominated for the CRN's Women of the Channel.

Outside of your family, please name a woman you admire and why:
Despite being influenced by multiple incredible women, the one I most admire is Malala Yousifaz. She exemplifies what it means to be a strong female and is an outspoken advocate for female rights and education in the Middle East, as well as the youngest Nobel Prize Laureate. Her commitment to equality, while surviving and persevering through Taliban ridicule confirms she is a positive role model for women of all ages.

What advice would you give to young women who want to begin careers in technology?
Do it. Young women too frequently concentrate on the stereotypes against women in technology and how they are underserved. The world is constantly changing, and since we are in such a transitional period, women need to continue to empower themselves and follow their passions. At Commvault, I participate in the Women in IT program, which focuses on supporting young women in our community and within the organization to live out these goals every day.

If you could be any movie character for one day in real life, who would you be and why?
Leigh Ann Tuohy from The Blind Side. The true story highlights Michael Oher, a homeless teenager in Memphis Tennessee, who was taken in by Leigh Ann Tuohy and her family. The film follows his upbringing and his journey to becoming one of the most highly coveted prospects in college football and a first-round draft pick for the Baltimore Ravens. Her love and passion for him changed his life. Her story proves that one person can make a difference in another's world by simply caring, offering support and encouraging them to be their best.

If you could travel to a city you've never been to before, all expenses paid, where would you go and why?
Reykjavik in Iceland to meet the wonderful people, take in the fresh air, and witness the Northern Lights.