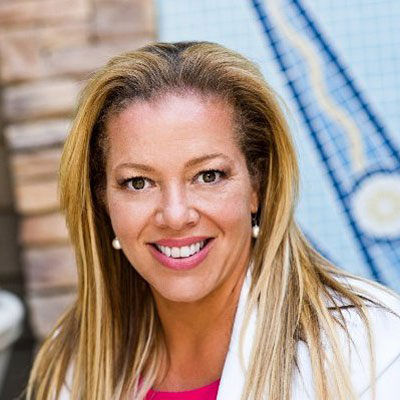 Number of years in current position: 3

Biography and Background:
Lori Cornmesser leads the Global Channel & Alliance Sales effort with a focus on development, alignment and field execution of Ixia's channel go-to- market strategy. Lori brings more than 18 years of channel sales, program and portfolio development and strategic partner management to the Service Provider Channel effort. Lori is on the board of the Cloud Convergence Council and was named to CRN's 2014 Channel Chiefs. CRN Magazine has also recognized Lori in 2009, 2010, 2011, 2012, 2013 and 2014 as one of the Top Women in the Channel and making it to the Power 100 list in 2009 and 2014. Diversity Journal awarded Lori with the 2011 Woman Worth Watching and most recently earned the Diversity First Leadership Award in June 2014. Lori serves as the President of the Silicon Valley Diversity Council where the vision is to work with Silicon Valley companies to create, sustain and drive an integrated approach to organizational transformation, which optimizes diversity and inclusion. Lori is married with two children and holds a MBA from Columbus University.

How have you personally helped advance your company's channel business over the past year?
Our first year was coined the 'year of the foundation.' Since then, we've worked to build out our channel infrastructure, establish relationships with premier distributors in every region, develop a channel culture within Ixia, and scale the program to the point where both Ixia and our partners are experiencing 'channel lift.' This result is more partners doing big deals over $1M, more reliance on the channel in the markets we serve; increase in new customer logo's coming from channel initiated opportunities; over 2500 trained technically on our solutions; increased capacity with distribution.

What are your goals for your company's channel business over the next year?
This year, we made a strategic decision to go 100% channel in the enterprise; launching rebate program to increase profitability; and revamping our technical enablement strategies. We will deliver exponential benefits, as partnering with Ixia will be made even easier and more profitable. We're focused on equipping partners with compelling go-to-market strategies, marketing resources, new enablement tactics and more.

Outside of your family, please name a woman you admire and why:
Ruth Bader Ginsburg (aka The Notorious RBG) Why: This badass United States Supreme Court Justice is only the second woman appointed to the court (in 1993). She's outspoken, a quality not often seen in Justices, and she is an inspiration to women who are trying to raise trailblazing girls.

What advice would you give to young women who want to begin careers in technology?
Make your own luck in life & say YES. Don't sit waiting for fate. When others were out having fun I was working. I raised my hand for that new job. I took risks. So while some may call it luck I call it dedication sacrifice and hard work. Luck will only find you if you aware of your circumstances and opportunities and then taking ACTION!

If you could be any movie character for one day in real life, who would you be and why?
to come

If you could travel to a city you've never been to before, all expenses paid, where would you go and why?
I am so thankful I have work that takes to all places in the world. I welcome the opportunity to go on safari during the great wildebeest migration in Africa. I feel in love with S Africa last year while on business tour and want to explore more of this beautiful county.