Women Of The Channel: Pearls Of Wisdom From Five Tech Leaders

Five tech veterans gave advice and shared their personal stories of taking risks, taking care and being brave, at this year's Women Of The Channel event in New York City. 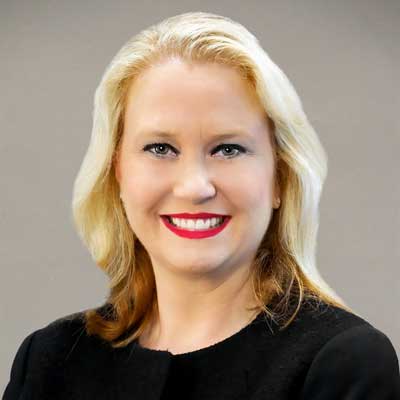 Imposter syndrome is when you’ve had some success, but you feel like you’ve mostly lucked into it and if anyone scratches the surface, they may find out you're not that good.

That's how Rendleman described the all-too familiar feeling that many face. And it's something that Rendleman has struggled with throughout her own career. About three years into her career at Microsoft, she got relocated to the U.K., where she faced a new set of challenges. She was an immigrant in a new country, with a lot more responsibility in an area that was largely unfamiliar to her. She constantly questioned whether she could do the job. During her second year in the job, she was going through a toxic relationship that magnified her imposter syndrome at work because she started to let fear overtake her. She realized she had to get out of the situation but was terrified at the thought of what others might think. She decided to move back home to Florida where she ultimately wanted to be, left the relationship, and took a new job that she really wanted. The role was "two to three levels lower," but it was just what she needed at the time to take care of herself.

"What I realized was I don’t care what others think. I have to take care of me. Sometimes it's OK to step back. I look at it as I'm brave to listen to myself," she said. "When I really did soul searching, I learned I was way more judgmental than I wanted to be. When I stopped judging, I stopped feeling judged. It's been incredible."

END_OF_DOCUMENT_TOKEN_TO_BE_REPLACED

Soar Higher In IT With These In-Demand Skills

The Channel Cooking At Home: Freestyle Pasta And...

2020 Women Of The Channel Awards

Advance Your Career By Ignoring The Lies Of...